Foreign-trade zones are secure areas under the supervision of U.S. Customs and Border Protection (CBP) that are considered outside the customs territory of the United States for the purposes of duty payment.

Located in or near customs ports of entry, they are the U.S. version of what is known internationally as free trade zones. Authority for establishing these facilities is granted by the Foreign-Trade Zones Board under the Foreign-Trade Zones Act of 1934, as amended (19 U.S.C. 81a-81u), and the Board’s regulations (15 C.F.R. Part 400). The Executive Secretariat of the Board is located within Enforcement and Compliance of the U.S. Department of Commerce in Washington, D.C.

During Fiscal Year 2015, the FTZ Board received and docketed 85 requests, and issued 87 decisions. The FTZ Board’s decisions included the establishment of four new foreign-trade zones, the reorganization or expansion of 22 zones under the alternative site framework (ASF), as well as decisions on 54 applications and notifications for new or expanded production authority. Under delegated authority, the FTZ Board Staff processed an additional 181 requests that included minor boundary modifications and scope determinations.

There were 186 FTZs actives during the year, with a total of 324 active production operations. Over 420,000 persons were employed at some 2,900 firms that used FTZs during the year. The value of shipments into zones totaled nearly $660 billion, compared with $798 billion the previous year. About 63 percent of the shipments received at zones involved domestic status merchandise. The level of domestic status inputs used by FTZ operations indicates that FTZ activity tends to involve domestic operations that combine foreign inputs with significant domestic inputs.

Exports (shipments to foreign countries) from facilities operating under FTZ procedures amounted to over $84 billion. 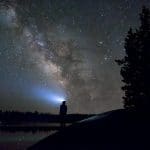