In 1934, Congress enacted the Foreign Trade Zones Act “to expedite and encourage foreign commerce.” The Act created domestic “foreign-trade zones”, and was designed to stimulate international trade and create jobs in the United States.

What is a Foreign Trade Zone?

When you operate under Foreign Trade Zone procedures, your company is treated (for purposes of customs duties) like it’s located outside the United States. That can mean that U.S. import duties don’t have to be paid on imported components coming to your factory. If your finished product is ultimately shipped to the U.S. market, you may have the option of paying the finished product duty rate rather than the component duty rate. (Many finished products have lower duty rates – or are duty-free – than their components.) And if you re-export the finished product, you don’t ever pay duties on the component materials. There are other potential savings, too, like avoiding duties on imported materials that become scrap, and possible administrative savings and efficiencies.

What are the benefits?

Claremont Flock, a textile company in Leominster, Massachusetts, imports textile fiber called “tow” and processes it into another form of textile fiber called “flock.” Claremont was paying 7.5% duty on their imports of a tow. We helped Claremont qualify for Foreign Trade Zone procedures. Now they import tow without paying the duty, turn it into a flock, and when the flock leaves the factory it is subject to the rate of duty applicable to a flock, which is zero. Claremont said in a newspaper article that this will save them $250,000 per year.

Millipore Corporation located in Jaffrey, New Hampshire, manufacturers filters containing the imported material polyvinylidene fluoride.  Utilizing Foreign Trade Zone procedures they avoid the 6.5% import duty on polyvinylidene fluoride.   On its domestic shipment and exports to NAFTA markets, the company is entitled to elect the duty rate that applies to finished filters, (0 %) and thus saves the company significant amounts of money.

Questions? We Can Help

David Trumbull, Agathon Associates, has over twenty years of experience assisting U.S. manufacturing companies to save money through informed use of the U.S. Customs regulations. He has worked with companies to file Foreign Trade Zone applications. David has also testified as an expert witness at the Foreign Trade Zone Board in Washington, DC. He is a Licensed Customs Broker (Lic. No. 30179) and was, from 2007 to 2013, an official advisor on manufacturing trade policy to the administrations of presidents George W. Bush and Barack Obama. 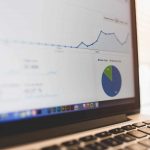 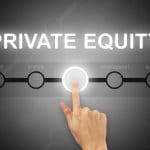